Many times in society, throughout the world, women feel as though they are unsafe when they’re walking anywhere alone.

With countless stories in the media, such as those part of the #MeToo and Times Up movements, have shined a light onto sexual assault and harassment–we truly get a sense of the dangers some women have when around men who can’t take “no for an answer.” If you ask any woman, anywhere in the world, if they’ve ever felt unsafe when walking alone–I guarantee you they’ll have a story (or five) of times they were followed, cat-called, or harassed by a man. But, instead of sharing stories that make you fear for your own safety, women have begun sharing stories of how women–mostly complete strangers–have saved them, helped them, or kept them away from attackers and stalkers in public.

Facebook user Alexis Tyler shared three Tumblr posts about women who had strangers help them out when they were being followed or harassed. 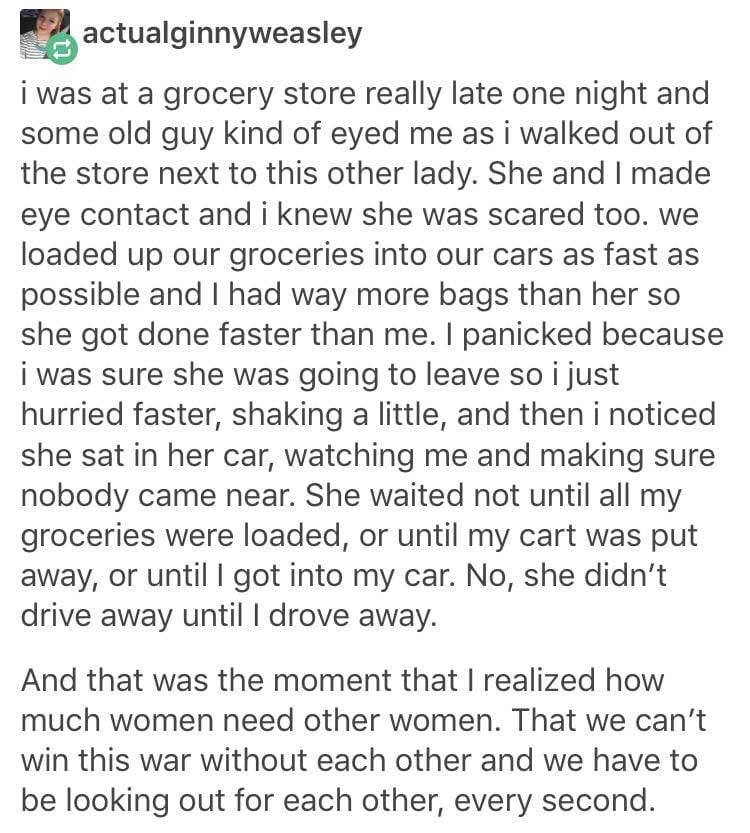 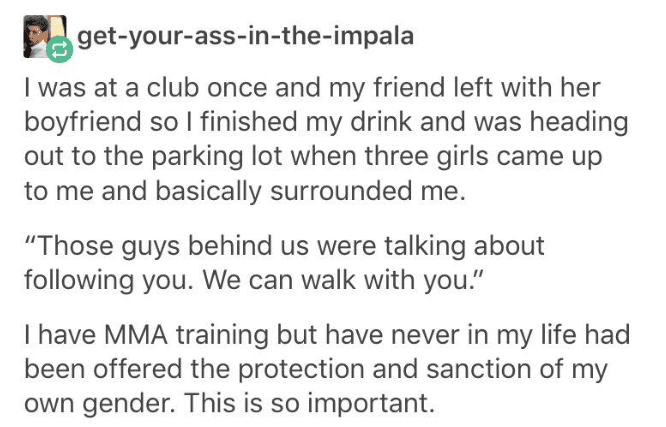 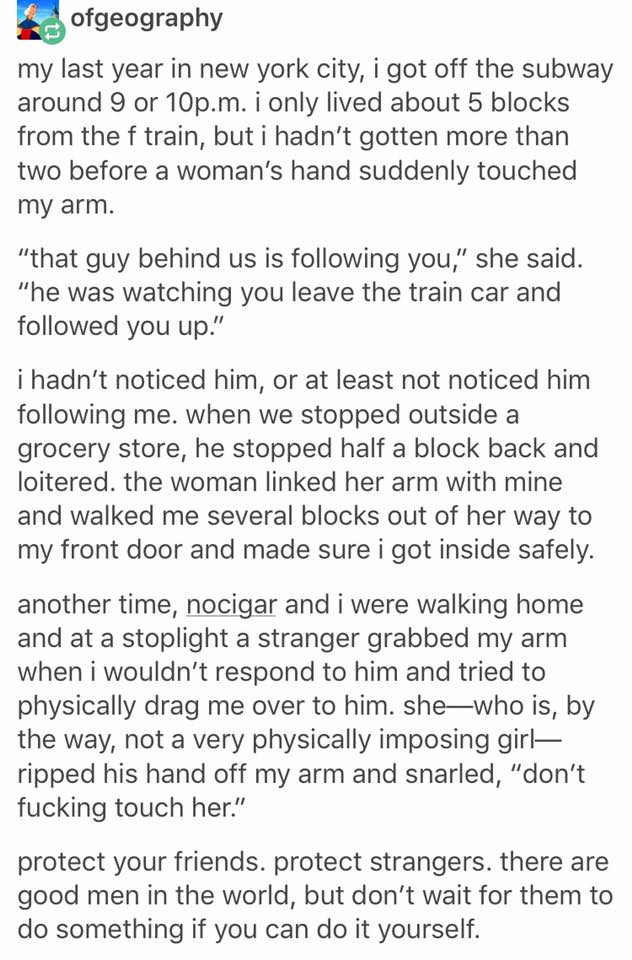 People on Facebook felt inspired to share their own stories of strangers who had saved them and their thankfulness. 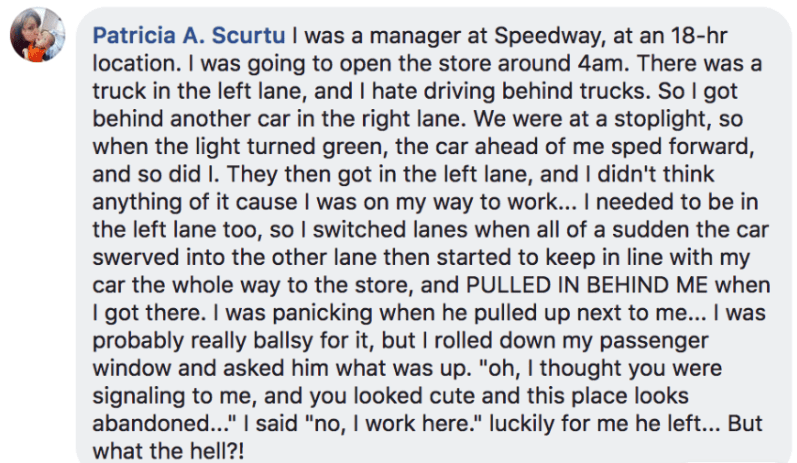 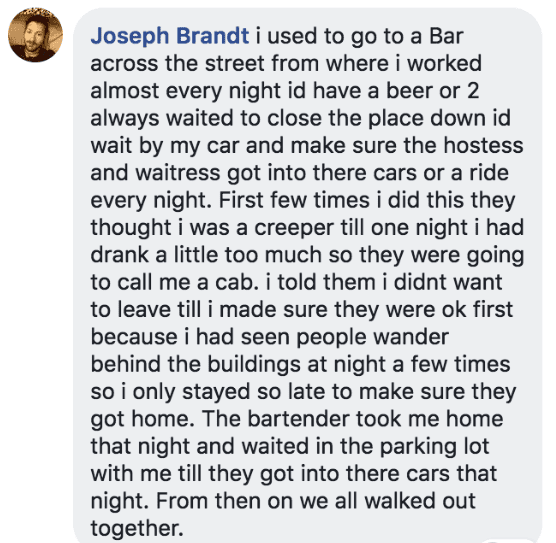 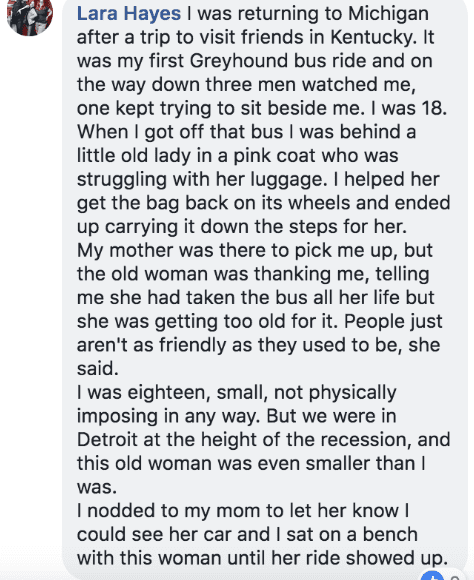 God Bless the women of the world who say something when they see something–you make us all feel a little more safe in this dark, cruel world.