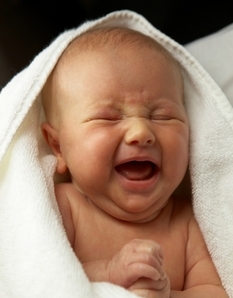 It’s one of the more bewildering baby behaviors you’ll see: Your baby
scrunches up her tiny features and wails deafeningly  — but not a tear
trickles down her cheek.

Newborns don’t shed tears because their tear ducts haven’t fully
formed. But after about a month (once the ducts have had a chance to
develop), why do babies sometimes cry with tears and sometimes without?

In general, tears indicate that your baby’s feeling especially
frustrated or is in some kind of pain, explains Jennifer Shu, M.D.,
coauthor of Heading Home With Your Newborn.

“Babies cry for many reasons  — they’re tired, uncomfortable, bored,
hungry. It’s their only way to communicate their myriad emotions,” says
Dr. Shu. So no tears probably means your baby’s trying to tell you
something, but she’s most likely not in distress.

In some cases, tearless crying can be a sign of something more
serious, like dehydration. If you notice that your baby’s perpetually
dry-eyed, make sure she’s drinking enough fluids. If the problem
persists, her tear ducts may be blocked, a condition that should clear
up on its own within a few months; your pediatrician may recommend you
help it along by gently massaging the inside corners of your baby’s
eyes.

This is known as the Dunning-Kruger effect. The basic idea behind it has
been a well-established rule for centuries. Charles Darwin, for
instance, has stated “Ignorance more frequently begets confidence than
does knowledge”. It has been empirically proven in 1999, by
psychologists David Dunning and Justin Kruger in their report “Unskilled
and Unaware of It: How Difficulties in Recognizing One’s Own
Incompetence Lead to Inflated Self-Assessments”. 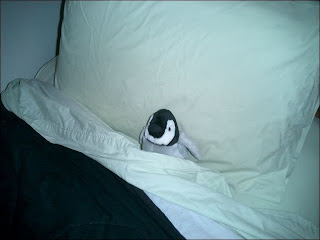 Penguin females have been observed trading sex for stones! These stones
are valuable to females because they are necessary for building nests.
Male penguins are known for being monogamous, so it is these females
that venture off to make some rocks by making some beds rock!

They typically target single males in order to avoid unnecessary
complications, however scientists believe the intercourse is not merely
for the stones because females would need to copulate with hundreds of
males in order to build a decent nest (they only take 1-2 stones each
time, and a nest requires hundreds!)

Scientists theorize that the females may be testing future mates in case their current partners happened to die.

The most viewed video on YouTube “Justin Bieber- Baby ft. Ludacris” has more “dislikes” than “likes”.

Here is the link. 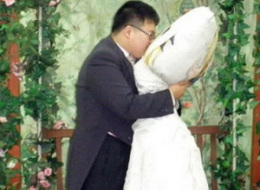 Lee Jin-gyu fell for his ‘dakimakura’ – a kind of large, huggable
pillow from Japan, often with a picture of a popular anime character
printed on the side.

In Lee’s case, his beloved pillow has an image of Fate Testarossa, from the ‘magical girl’ anime series


Now the 28-year-old otaku (a Japanese term that roughly translates to
somewhere between ‘obsessive’ and ‘nerd’) has wed the pillow in a
special ceremony, after fitting it out with a wedding dress for the
service in front of a local priest. Their nuptials were eagerly
chronicled by the local media.

‘He is completely obsessed with this pillow and takes it everywhere,’ said one friend.

‘They go out to the park or the funfair where it will go on all the
rides with him. Then when he goes out to eat he takes it with him and it
gets its own seat and its own meal,’ they added.
The pillow
marriage is not the first similarly-themed unusual marriage in recent
times – it comes after a Japanese otaku married his virtual girlfriend
Nene Anegasaki, a character who only exists in the Nintendo DS game Love Plus, last November. 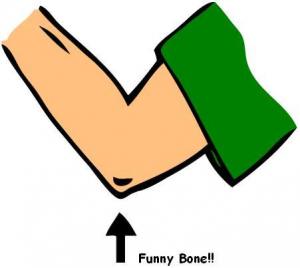 The ulnar nerve (scientific name for “funny bone”) is a huge nerve that
extends from your elbow to your hand. It lies directly under the skin on
your arm. Usually nerves like that are protected under muscles. The
ulnar nerve isn’t protected near the elbow. There’s only a thin layer of
skin there to shield it from pain.

So why is it the funny bone, if it’s clearly not funny at all? One
theory is that since the bone that extends from the elbow to the
shoulder is called the humerus, the name “funny bone” was used as
a bad joke. More likely, though, the “funny” in “funny bone” just means
odd. As in, it’s really odd that one little nerve can hurt so bad. 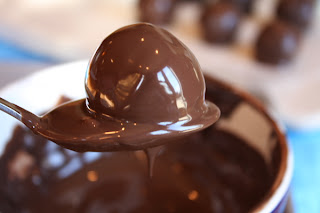 A small bar of dark chocolate every day can help lower your blood
pressure and cholesterol. Chocolate also has serotonin which acts as an
antidepressant.

Also, while chocolate has fat, most of the fat in chocolate does not
impact your cholesterol. Chocolate is still high-calorie and high-fat,
so you need to eat in moderation. You don’t need more than about 3.5
ounces of chocolate to receive the benefits.

If you want to eat chocolate to improve your health, eat dark chocolate
because it has the most antioxidants, don’t eat too much of it, and
don’t eat it with milk. Milk can prevent your body from processing the
antioxidants. 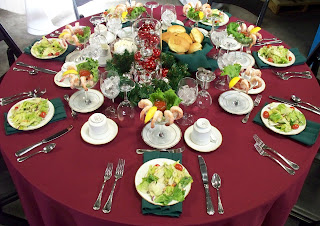 People eat when they’re not hungry.
It doesn’t really make sense, but we do it all the time. It’s not
healthy for you either. Television commercials have the power of suggestion to
get you to eat when you’re not even hungry. People also eat for social
purposes, regardless of how hungry they are. Eating in a big group with 8 friends? You’re likely to consume TWICE as many calories! 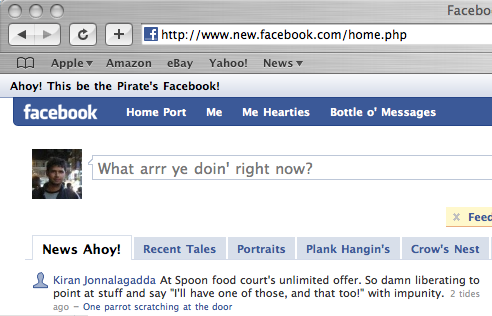 This includes calling friends “Mateys”, the word “Cap’n” appears before
everyone’s name, pictures are called portraits, commenting is called
“scrawling a mark”, and instead of liking something you just say “Arr!”.

You have to go into “Account” and then “Languages” and find “English (Pirate)”.