It sounds like a horror film, but it was all too real for teens who were led to a suitcase full of human remains in Washington.

The group was documenting its trip to a Washington beach after an app sent them there. Randonautica uses randomized coordinates that are close to where its users are located, allowing them to explore new areas in their general location. 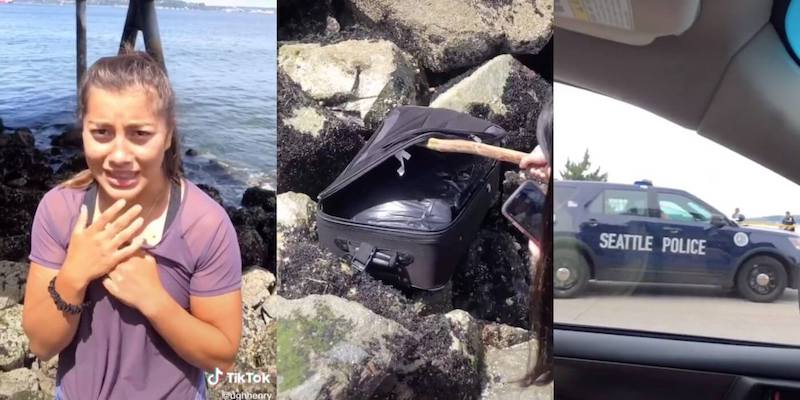 While walking on Alki Beach in Seattle, they noticed a black suitcase that had washed up on the shore. As they approached, the smell became overwhelming for the group, who knew right away that something was amiss.

They called the police; however, law enforcement took hours to show up, and the bag was in danger of washing back out into the ocean as the tide rose. It also started to expose the contents of the suitcase.

Something traumatic happened that changed my life checkkkk

The police eventually showed up, and later, reports confirmed that there were human remains found, but the teens weren’t mentioned, though it is assumed to be them because the location was the same.

Video of the find went viral on social media and has gotten millions of views so far. Viewers wondered about the state of the kids’ mental health after finding such a horrific discovery and wondered why Randonautica pointed them in that direction in the first place.

So far, there has been no explanation as to the identity of the person in the suitcase, or how it got there.

Have you ever found something weird while exploring? Let us know in the comments below!

The post Teens Used the Randonautica App and It Led Them to a Gruesome Discovery appeared first on UberFacts.