The blobfish is one of those animals that seems like it isn’t real. It’s too silly, too pink, and too…aptly named to be anything that’s not straight out of a comic book.

Apparently, they’re real, though. If you, like me, need some convincing, here are 6 fast facts that might do the trick.

In September 2013, the Ugly Animal Preservation Society asked people to vote on their new mascot, which would become the “World’s Ugliest Animal.” The blobfish got 795 out of the 3000 online votes, besting the proboscis monkey, the aquatic scrotum frog, and public lice to win the day.

5. There is a famous blobfish. 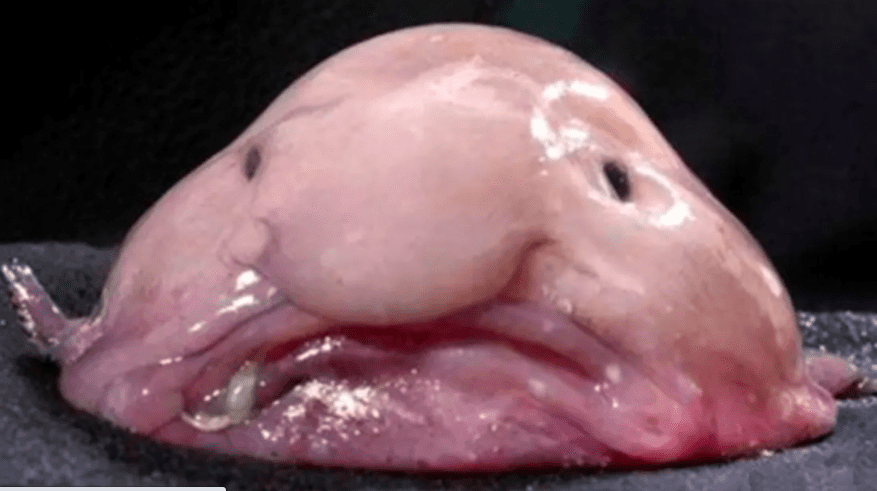 Mr. Blobby made the species famous in 2003, when he traveled from around 3300 feet deep and onto the deck of the NORFANZ.

The scientists gave him his nickname and snapped the iconic picture, mucous-laden snack and all.

Mr. Blobby is still around, preserved in ethyl alcohol at the Australian Museum. The bad news is, the solution has caused his trademark nose to shrink. 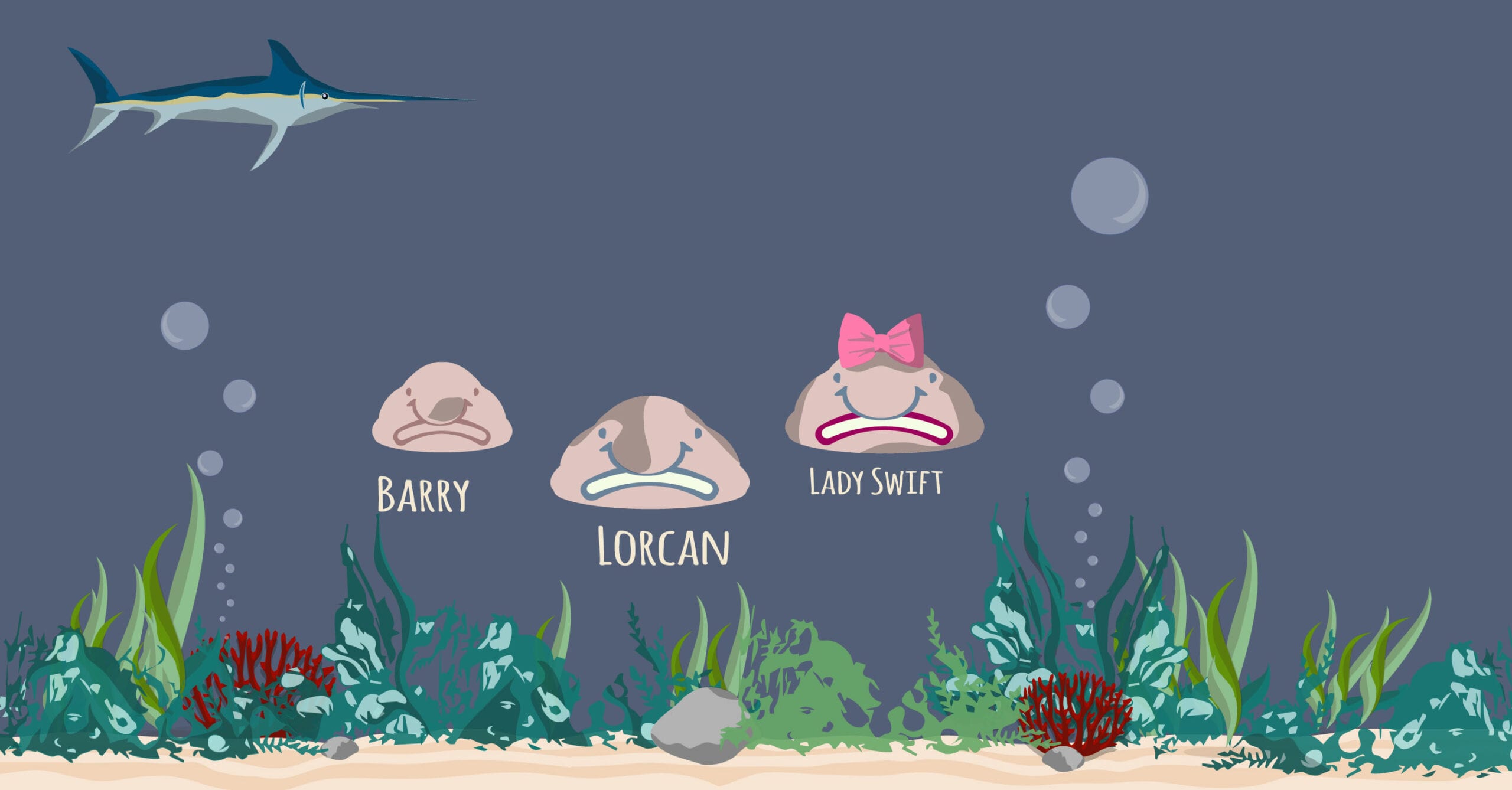 Even though everything about the blobfish should repulse human beings, for some reason, we’re drawn to the ugly little buggers.

They’ve inspired songs, poems, dolls, t-shirts, and at least one cafe, which opened in London in 2017.

There you can meet a blobfish trio – Barry, Lorcan, and Lady Swift.

3. They look more normal in the water. 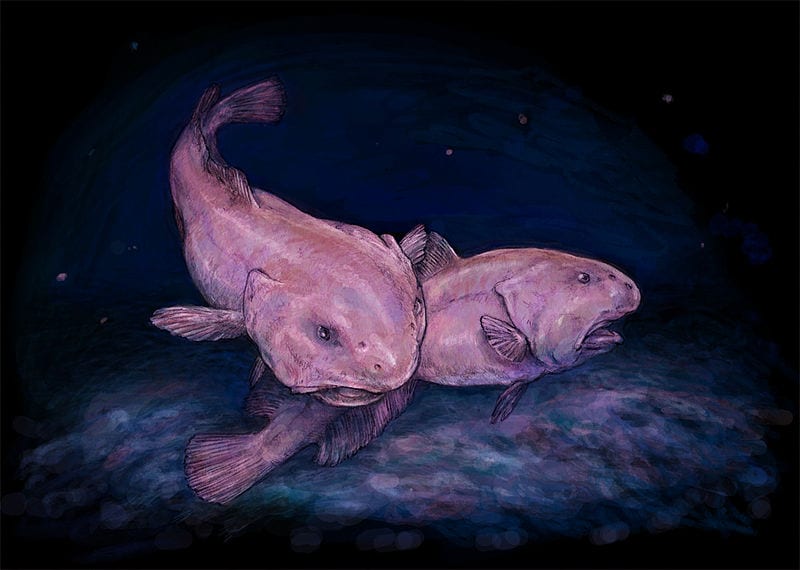 Most of us have only seen the blobfish splatted and sad on the deck of a ship, but when swimming freely on the bottom of the sea – as they’re meant to – they look more normal.

The blobfish lives between 2000-4000 feet below the ocean, where the pressure is at least 120x greater than it is at the surface.

The pressure of the water provides their bodies with the structural support they naturally lack.

2. We don’t know a whole lot about them.

Because their natural habitats are so deep, there’s still a lot to learn.

We don’t know how long they live or even how the reproduce, though scientists are hot on the heels of answers!

The blobfish doesn’t eat much – there’s not much to eat that deep in the water – so the blobfish does its best to conserve energy by swimming in place and only moving to open its mouth when food happens past.

I don’t know if I’m buying it, but at least I’m smarter now!

Do you have any additional fun facts to share about this strange little creature? We’d love to hear them in the comments!

The post Blobfish Have Inspired Songs and More Facts About the Deep Sea Creatures appeared first on UberFacts.