What if a computer wrote a screenplay? Have you ever asked yourself that question?

More specifically though… have you ever asked: what if a bot wrote John Wick?

You haven’t asked yourself EITHER of those questions? Well, you’re in luck because somebody on the internet did and then made it happen.

Keaton Patti is the genius behind many “bot-written” scripts that he’s posted on Twitter, and to say he’s killing it at the bot-written script game is an understatement.

I forced a bot to watch over 1,000 hours of the John Wick movies and then asked it to write a John Wick movie of its own. Here is the first page. pic.twitter.com/jIQV6WA2Yn

That title! I’m official in love with this bot. 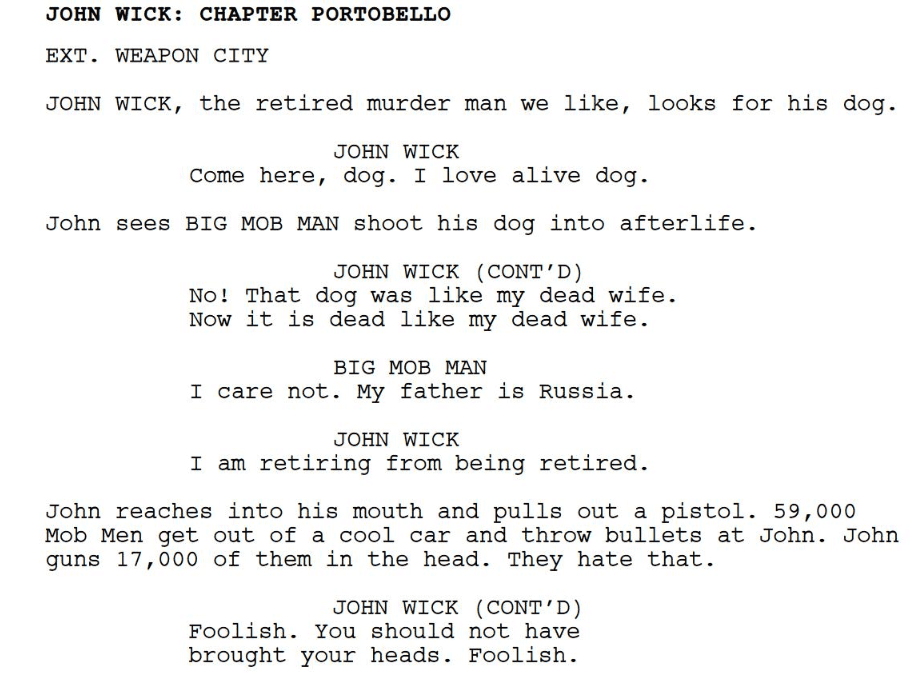 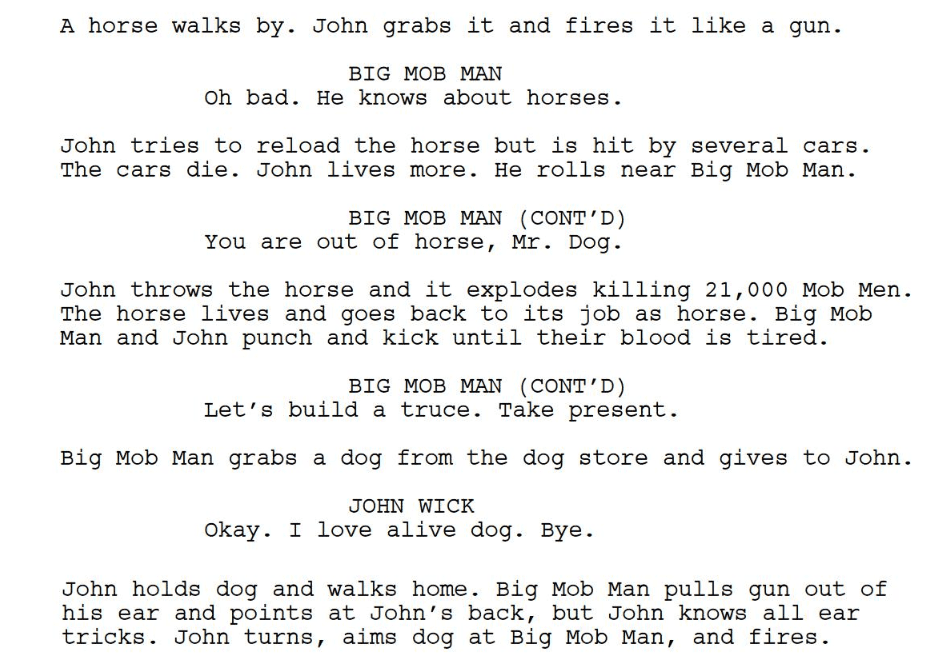 So… what do you think? Are we at the point where bots should replace humans?

The answer is a resounding yes! At least from Keaton.

Hey @JohnWickMovie, let me know if you want to use this.

He even has visuals!

What more could you ask for Keanu? Get on that shit!

The post A Bot Wrote a Hilarious ‘John Wick’ Script and People Are Loving It appeared first on UberFacts.