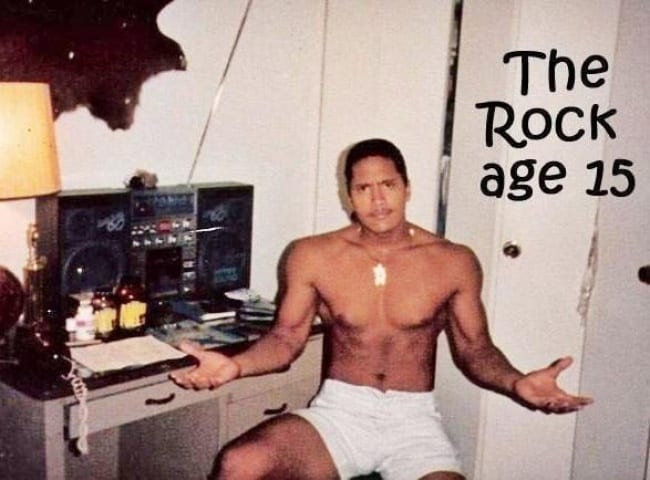 Everywhere you look these days, you’ll see Dwayne “The Rock” Johnson. Movies, TV, etc. There’s no escaping The Rock, okay? But it’s been a long road to stardom for the multi-talented performer.

Johnson bounced around during his early years and lived in New Zealand, Connecticut, Hawaii, and eventually in Bethlehem, Pennsylvania for high school. Bethlehem is football country and Johnson was a standout player for his high school squad. He was recruited by colleges and settled on the University of Miami. An injury forced him to the sidelines, but he was still a member of Miami’s 1991 championship team.

Johnson decided to pursue a wrestling career after college and made his debut in 1996. After wrestling under a few different names, he eventually settled on the moniker that would make him famous: The Rock. Johson became a huge wrestling star and his larger-than-life personality attracted fans across the world. He decided to give movies a shot and has since become a huge success on the big screen as well.

Johnson has starred in such films as The Scorpion King, the Fast and the Furious series, Hercules, and Rampage. Who knows what The Rock will do next? It seems like the big guy conquers every task he puts his mind to.