This is really something else…

The Mauna Ulu eruption of Kilauea Volcano in Hawaii lasted from 1969 to 1974 – a total of 1,774 days. Back then, it was Kilauea’s longest recorded eruption, producing approximately 460 million cubic yards of lava over those 5 years. It was truly a rare natural phenomenon.

Dome fountain of episode 10, October 10–13, 1969, eruption of Kilauea Volcano. This dome fountain is about 20 m (65 ft) high. Symmetrical dome fountains such as this are rare. #Tbt #HI @Volcanoes_NPS pic.twitter.com/sKSQaVINKs

Recently, the US Geological Survey posted this photograph from 1969, taken by photographer J.B. Judd. The image was of a rare dome fountain of lava measuring approximately 65 feet high. It was one of 12 dome fountains occurring the first year of the eruption. The flow of lava was so heavy, it reached 7.5 miles out into the ocean.

This particular fountain began on October 10, 1969 and lasted until October 13, and it may have reached the enormous height of ~245 feet. What made this phenomenon so special, aside from its massive size, was its orb shape. Typically, lava fountains look like geysers, spraying molten stone up into the air.

In the tweeted photo, the dome looks like it’s occurring on water. It is, in fact, on the land. The dark grey matter in the foreground that looks like waves are actually flows of lava.

Fountains are caused when gas bubbles in molten rock near(ish) to the surface trigger an eruption of lava from a lava lake, fissure or vent. A rapid expansion occurs, which eventually explodes outward in a fountaining event.

The Mauna Ulu eruption, though it lasted five years, isn’t even close to the longest running volcanic eruption. That title now goes to Pu‘u ‘Ō‘ō, which has been erupting continuously since 1983.

But the images above of Kilauea are an impressive reminder of the destructive power of active  volcanos – and Hawaii’s got a whole bunch of them.

If you don’t know, pumice is a volcanic rock that is light enough to float. A raft of pumice as big as Manhattan is drifting in the Pacific Ocean, and it could be bringing healing marine organisms as it heads toward the Great Barrier Reef.

The famous reef has been heavily damaged by several recent bleaching events that scientists believe were much more severe than usual because of climate change. Coral bleaching is when environmental factors like temperature stress the coral so much that it expels the algae it symbiotically cohabitates with. That algae is the coral’s food, and without it, it can’t eat. It also loses its color, which is why the phenomenon is called bleaching.

Bleaching doesn’t automatically kill coral, but it does make it very, very vulnerable, and corals often die after bleaching events. 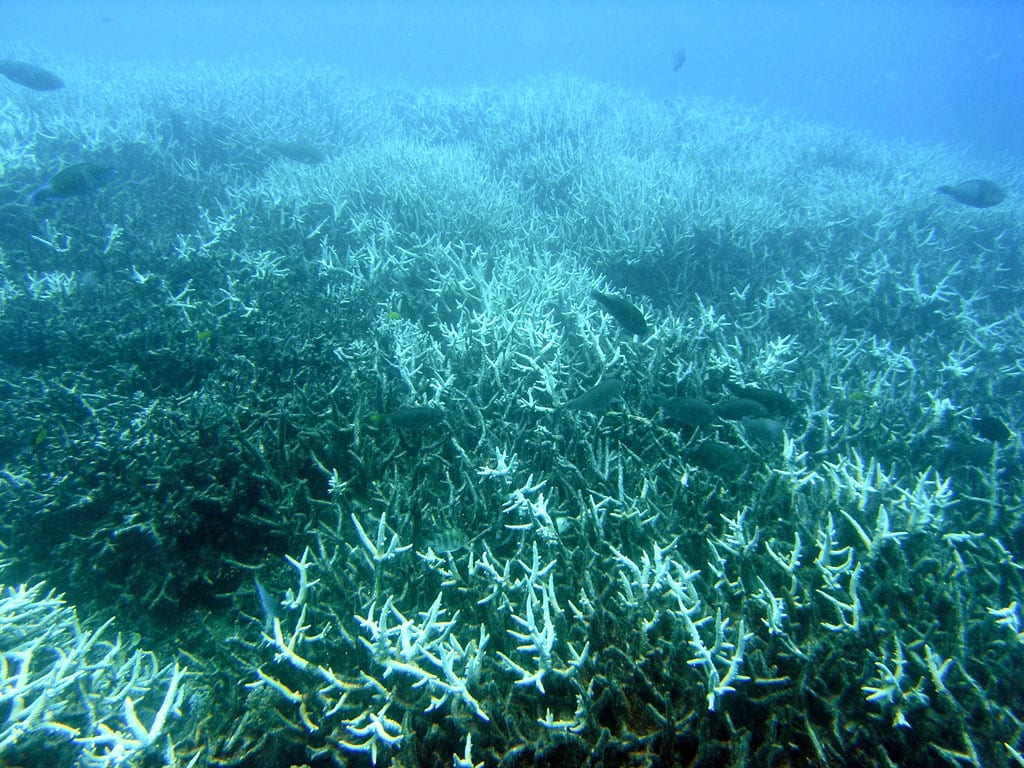 Back to the raft!

Crabs, corals and tons of microorganisms have made their homes on the enormous pumice raft. If it reaches the reef, these animals could help replenish its loss of marine life.

The rock is from an underwater volcano that erupted near Tonga. It was discovered by Australian sailors days after the eruption, according to NASA Earth Observatory.

The sailors on their way to Vanuatu on the ROAM catamaran described finding volcanic rocks in various sizes floating together. The collection of rock was so dense that it hid the ocean.

They made a video to show the phenomenon.

Pumice is filled with holes and cavities, and it floats much like icebergs – with only 10% visible on top of the water.

Over the next ten months, the pumice raft will float toward Australia’s ailing reef, hopefully bringing along a much-needed infusion of marine life.

Queensland University of Technology professor Scott Bryan, who specializes in geology and geochemistry, estimates the rock raft is moving at a speed of six to 19 miles a day, driven primarily by ocean currents as well as waves and wind.

He has seen events like this one happening before. The beneficial part is how the trillions of pieces of rock can redistribute sea animals. However, there is also the risk of introducing invasive species to new environments.

While the crabs and other mobile animals can easily hop from the raft onto reefs and find new homes, corals have more of a challenge.

Coral needs to reach a reproductive age so they can spawn and release larvae into the Great Barrier Reef. If the pumice raft reaches the reef, then gets water logged enough to sink, the coral can easily begin to grow and create a new part of the reef, complete with all the animals that sank too.

Because of the marine heat waves of 2016 and 2017 and the ensuing bleaching, many of the world’s great reefs began to die; the Great Barrier Reef lost approximately half of its coral, and much more is in danger. The presence and direction of this new pumice raft is good news. Let’s hope it makes it far enough to help.

The post A Giant Raft of Pumice Floating in the Pacific Ocean Might Help Heal the Great Barrier Reef appeared first on UberFacts.

You probably think you know what an extremely loud noise sounds like. If you’ve ever walked by a jackhammer, for example, or stood a little too close to the speakers at a loud concert. But those sounds pale in comparison to what is officially known as the loudest sound ever heard.

It happened on August 27, 1883. On an island in Indonesia, a volcano erupted so violently that it literally tore the island apart. The noise was so loud that people heard it over 3,000 miles away — which would be like hearing a noise from Dublin, Ireland when you’re in Boston. 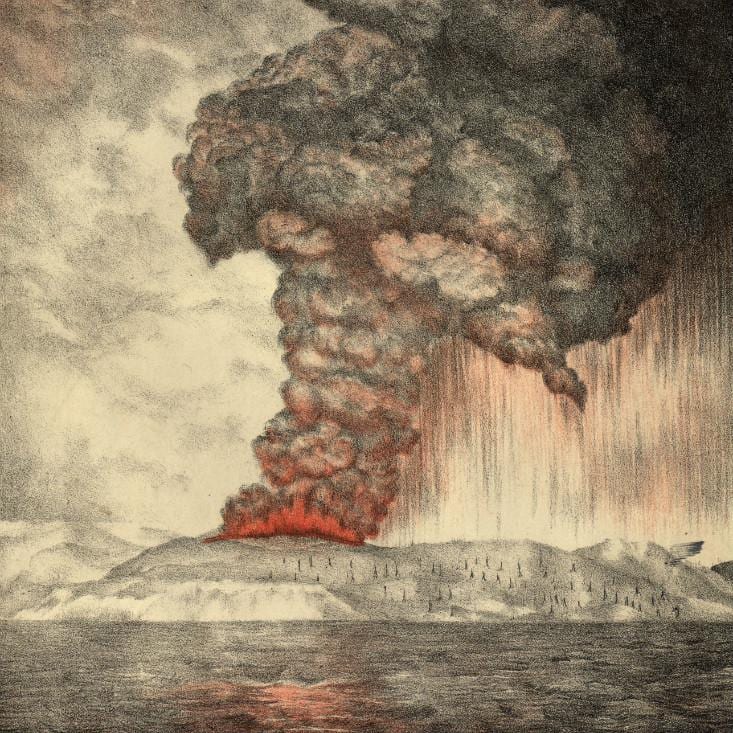 It sounds impossible, and yet it very much happened. People heard the eruption on the island of Krakatoa in over 50 geographical locations across a full thirteenth of the Earth. 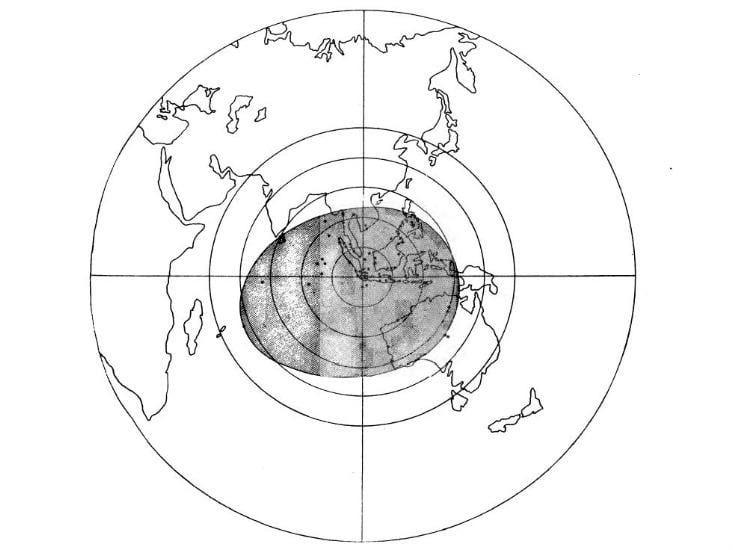 As you might guess, this was no average volcano eruption. It was devastating enough to wipe out 165 coastal villages and settlements and kill tens of thousands of people.

So, yeah, this is not a record we should aim to break anytime soon! Only truly cataclysmic events can create such loud noise, and it hasn’t happened since 1883.

The post The Loudest Sound Ever Heard in Human History appeared first on UberFacts.

In 1943, a Mexican farmer named Dionisio Pulido had a volcano start to form in his corn field. By the early 50s it was over 400 meters tall. Before being evacuated and leaving his home for the last time, he left a sign that read “This volcano is owned and operated by Dionisio Pulido.” 00

The loudest known noise was created by a volcano which created sound waves that altered air pressure on earth for 5 days and ruptured the ear drums of sailors 40 miles away from the blast.