We’ve all dealth with them at some point. Maybe at school, at work, or in public. Kids who are so insanely wealthy that they have no concept of how money works. Want to fly to Europe for the weekend? Hmmmmmm, no can’t do it.

These 15 folks from AskReddit share the weird experiences they had with rich, spoiled kids who were obviously from the other side of town.

They think it’s weird when people struggle with money.

I used to live in NYC, and knew a guy who came from HUGE money who was a trust fund kid and worked in the fashion industry because he loved it. He had an apartment on Park Avenue, had a driver, etc. He was very nice, but clueless about struggle. Every time he’d hear me say something like “oh yay, another peanut butter sandwich” he’d just tilt his head and say “If you’re hungry why don’t you just order delivery?” or something. He had NO CLUE about things like having twenty dollars to your name for the next five days.

I went to a really prestigious boarding school for the first two years of high school. Most shocking thing I witnessed was a boy in my freshman year spilling water on a pair of gucci loafers he was wearing, so he goes to his dorm, THROWS THEM OUT, and puts on another pair. They were easily $500+ and this kid was just dripping in money. As a poor kid I was astonished by half the things I saw there on a daily basis.

“You want to fly to Greece in a few weeks with some of our friends to go sky diving?”

“Can’t afford it, thanks though.”

Yeah, that’s not what I meant. Not only is the ticket not affordable, I couldn’t eat or do anything the whole time and would lose my shit job for being gone on such short notice, thus making me broke and unable to make rent.

His family is insanely wealthy and he married into more money.

Inviting you on an international trip (I’m from the US) and when you say you don’t have money for it, they say “just ask your parents”.

5. “What country is your water from?”

Wife is a flight attendant.

Passenger: “I’ll have a water….wait. Where is your water from?”

Passenger: “What country is your water from? I only drink water from France.”

This might be a dead UK giveaway, but accent.

A classmate who came from a wealthy background once demanded to know why my father would “talk like that” to her parents, like she was offended.. “That” being a working-class Scottish accent.

Using the word “summer” as a verb.

Roman Fedortsov, a Russian deep-sea fisherman, terrified and enthralled the world with his instagrams of the bizarre sea creatures he pulls from the depths of the ocean floor.

I think we’re all at least a little bit afraid of what lurks in the ocean, but these animals/aliens are SCARY. Take a look below and see for yourself. 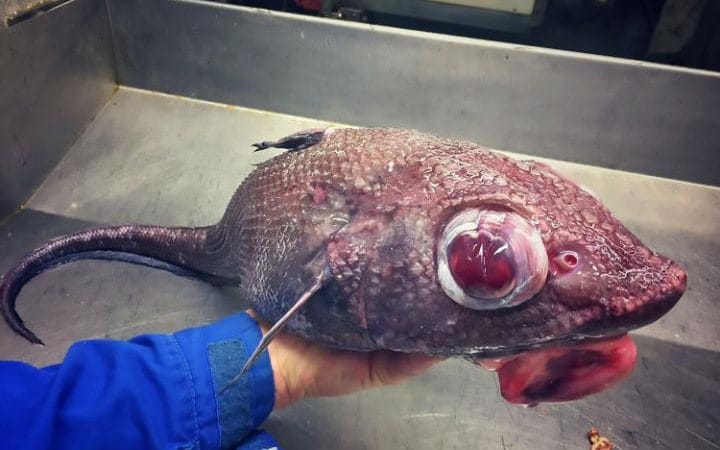 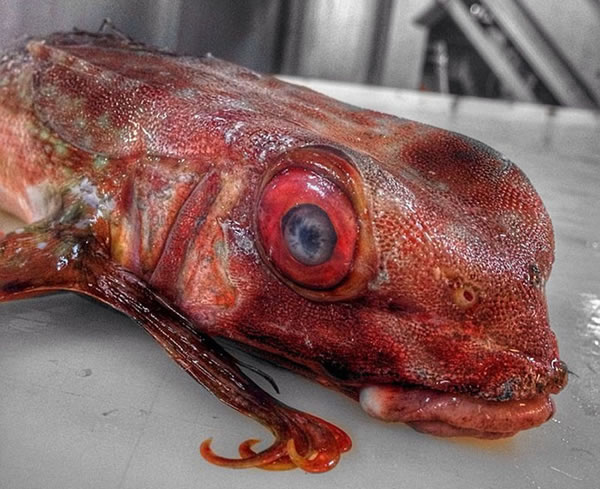 It’s a rite of passage for young people. And old people too I guess, depending on when you started getting busy. Regardless of the age, everyone remembers their first kiss. Maybe it was great. Maybe it was terrible.

Take a look at the 13 AskReddit entries below to see if your experience measures up.

I was 14 and she grabbed me and she whacked her teeth against mine. She was pretty embarrassed because it was her first kiss also so we just laughed it off and tried again. I ended up dating that girl for almost 2 years and then she cheated on me.

Homecoming freshman year. Wore too much makeup and a horrible velvet dress. The hottest guy on the swim team had been flirting with me for weeks. Went outside to his car to say goodbye. He kissed me and I all but melted. Like a bad paperback romance the world went silent all I could feel were his warm lips and the cool alaskan air. When he pulled back he said ” you really need to learn how to do that.” It was horrible…

Summer sleep-away camp. I was maybe 10 or 11. The boys came over for a dance. One of them danced with me and held my hand all night. I tried to get him to sit with me and “look at the stars.” As soon as he looked up I grabbed him and gave him a peck on the lips. He literally RAN away.

What a f**king tease.

Truth or dare in 7th grade. It was her first kiss too, and we just sort of sloppily drooled all over each other while 6 other kids awkwardly cheered for us. Then the weird kid Nick, ate a caterpillar.

…My family and her family have been close for a long time and we’d known each other forever. Our families were on vacation together in Key West, Florida and we were alone one night on a pier. We had both hinted at liking each other for a while and it just happened. I passed out about five seconds after the kiss (the kiss lasted about thirty seconds). I woke up on a park bench with her sitting over me asking if I was okay. She and I are still close (in a more than friendship way) to this day, but sadly due to distance it’s never gone anywhere.

It was horrible. I thought you HAD to French kiss and I thought that meant doing all sorts of flipping and twirling motions with my tongue. I was 13 at a church dance and I convinced a girl to be my girlfriend. From there it was 45 seconds of the most distrusting and overbearing tongue assault known to mankind. Within 15 hours she broke up with me. I learned that kissing should be a bit more civil.

It went absolutely horrible. It was a first kiss for both of us. Both of us closed our eyes, he opened his mouth and I didn’t. The result was a tongue up my nose. I do not recommend the experience.

Michael Jordan says Kobe Bryant is the only player to ever have approached him in work ethic, waking up at 430 in the morning to practice before his required practice with his team.

The movie “Independence Day” was originally meant to have support from the United States Armed Forces, but they backed out when the references to Area 51 were not removed from the script.

In 2016, Guinness confirmed that it had changed up its filtration process eliminating the use of isinglass (derived from the dried swim bladders of fish) making it officially vegan.

Wine mixed with coke is an actual thing and it’s called Kalimotxo, it’s one part red wine and 1 part coke and it’s been around since the 1970s. It has become an icon of Basque culture and one of Spain’s most international drinks.

Le Palais Ideal, a castle of stones, was built single handedly over 33 years by postman Ferdinand Cheval. He had no architectural training, but after tripping over an interestingly shaped rock on his mail route he was reminded of a dream he once had of such a palace and made it his life’s work.