Ladybugs (or ladybirds, for you UK-types) actually include a number of species that fall under the species umbrella coccinellidae. They’re widely considered to be good luck symbols, to represent joys to equal your sorrows, and are sometimes associated with the Virgin Mary.

They’re one of a group of 6,000 or so small beetles that are similar in marking and color – lady beetles, really, not bugs at all – most of which are beneficial creatures that feed on agricultural pests. Everyone likes ladybugs, right?

Well, get ready to rethink your position. The North American ladybug (which is a good little beetle) is strikingly similar to the Asian ladybug, which was introduced by the USDA in order to combat the spread of aphids and has since spread through pretty much every state in the lower 48. 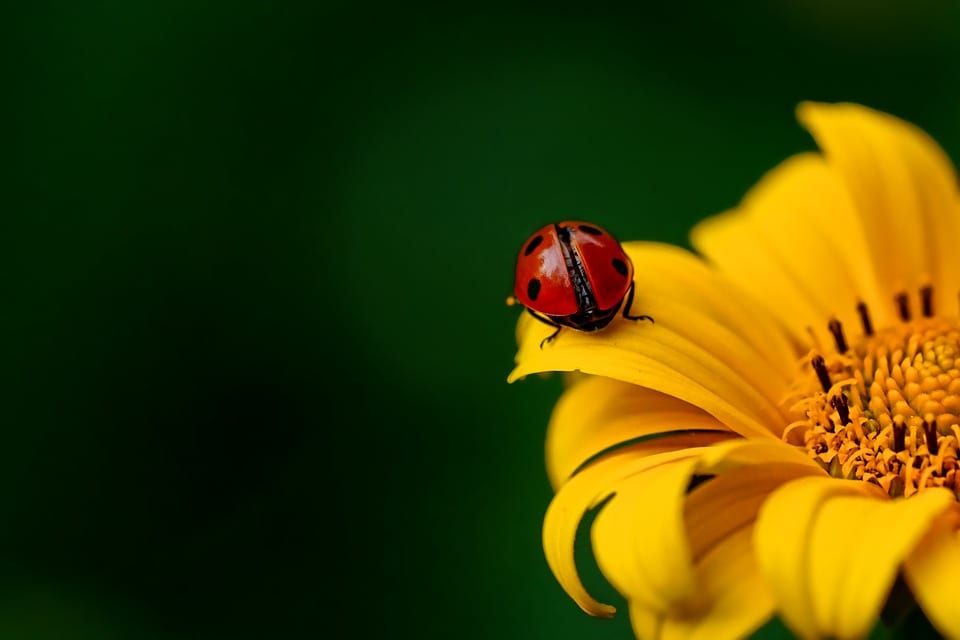 While the Asian ladybug does prey on aphids, it also has overtaken native species – and it’s not nearly as harmless to humans. They like to nest in the cracks and crevices of homes, they can stain walls and fabrics, and they are more aggressive than native varieties (they may even bite you).

They can also ruin the taste of wine if they infest a vineyard, which is no good at all!

You can keep them out of your house by making sure cracks around windows, doors, pipes, vents, etc. are all tightly fitted, and that rips in your screens are repaired. Once they’re inside you can vacuum them up or catch them on sticky tape – but don’t squish them. If you do, them the ensuing goo could stain your furniture. 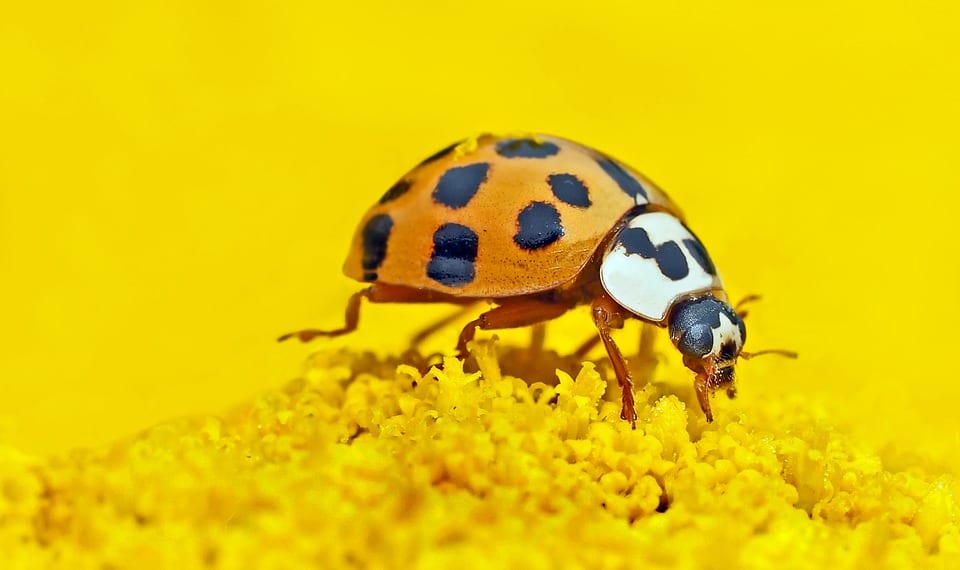 If you’re wanting ladybugs for your garden, try to make sure the variety you want is what you receive. Which brings us to this: if they’re similar in markings and color, how can we tell the difference?

Well, the Asian variety can be more orange or yellow, instead of the deep red of the native North American ladybug, but the main distinctive feature is this: the Asian species has a marking toward its head that resembles a black M. 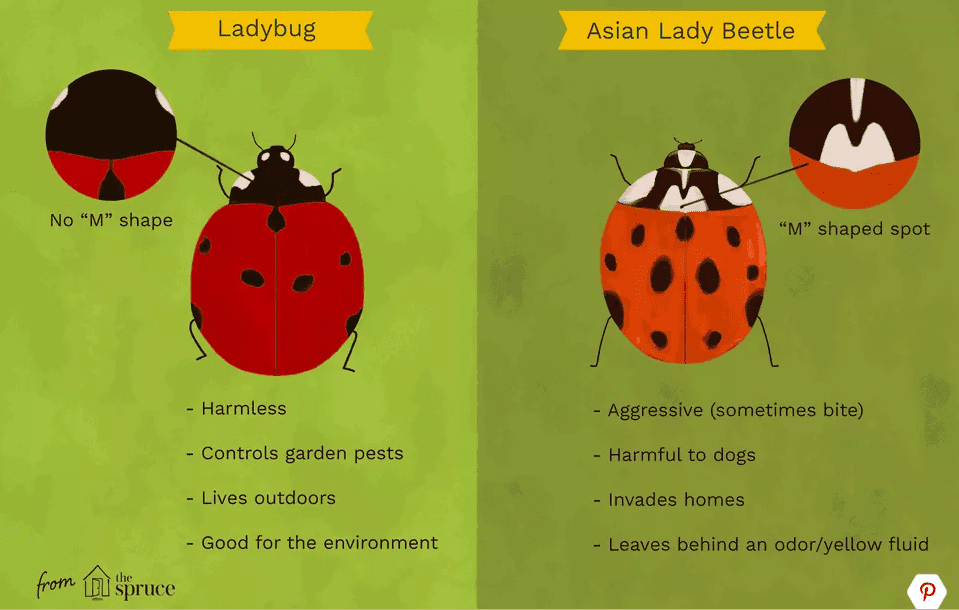 So, look closely, my friends, and don’t assume your luck is about to change if a ladybug lands on you – it could be about to bite.

The post Not Every Ladybug Is Lucky, and Here’s How You Tell the Difference appeared first on UberFacts.